Surface reflected sound from boundary surfaces is a part of the recording and listening process. They cannot and should not be avoided, because this reflected sound adds timbre and fullness to the instruments and voices of the musicians.

Conventional speakers are designed for, and tested in, an anechoic chamber. Meaning an echo-free room with absorbent material on all surfaces, a room without sound reflections. Which is why conventional speakers sound dull, lacking richness and color, in a “normal” room, thus creating a huge discrepancy between stated and real performance.

Larsen speakers are designed and constructed to thrive and perform phenomenally in a “normal” room by using the surface sound reflections to its advantage and thereby enriching the listening experience, instead of degrading it.

Larsen speakers are designed to stand flush against the wall, using the wall to create a deep and full bass from a relatively small cabinet. This placement, combined with the unique positioning and angle of the drivers, flanked by absorption material, virtually eliminates the wall behind the speakers, thus eliminating early sound reflections from interfering with the initial direct sound from the speaker.

John Larsen, the designer behind the Larsen speaker, worked with Stig Carlsson for sixteen years until Stig Carlsson’s death in 1997.

Stig Carlsson was the inventor of the unique acoustic design principle, which is used in the Larsen speakers. A patented design developed by Mr. Carlsson when he created speakers for Sonab in the sixties, resulting in the Sonab OA-4, 5 and 6. In the seventies he created the legendary Sonab OA-12, 14, 116 and 2212. Roy Allison and Peter Snell worked on similar ideas, trying to create speakers that could incorporate the effects surface reflections had on the sound quality of the speakers. In 1980, Mr. Carlsson created his own speaker line, Carlsson Ortho-Acoustic, once again, improving on the design of the Sonab speakers, creating such fantastic models as the Carlsson OA-50, 51 and 52 that were produced until 2006.

John Larsen’s own brand, Larsen, applies the principles invented by Mr. Carlsson and has improved upon these innovative design principles once more, culminated in the creation of the Larsen 8.

The Larsen speaker is a genuine Swedish product, made by Larsen HiFi in Skillingaryd, Sweden, with help from local suppliers. The loudspeaker designer Anders Eriksson has designed and improved the electro acoustic part and John Larsen created the external design. 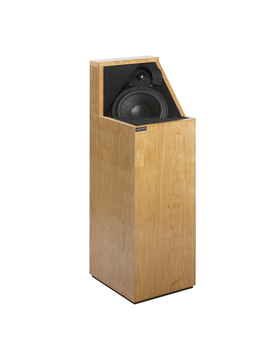