Pioneer Corporation (パイオニア株式会社 Paionia Kabushiki-kaisha) commonly referred to as Pioneer, is a Japanese multinational corporation based in Tokyo, Japan, that specializes in digital entertainment products. The company was founded by Nozomu Matsumoto in 1938 in Tokyo as a radio and speaker repair shop, and its current president is Susumu Kotani.

Pioneer played a role in the development of interactive cable TV, the Laser Disc player, the first automotive Compact Disc player, the first detachable face car stereo, Supertuner technology, DVD and DVD recording, plasma display (branded as Kuro), and Organic LED display (OLED). The company works with optical disc and display technology and software products and is also a manufacturer. Sharp Corporation took a 14% stake in Pioneer in 2007,[2] which has been reduced to 9%, but Sharp still remains the largest shareholder of Pioneer Corporation, followed by Honda Motor Co., Ltd. who owns roughly 4% of Pioneer shares following a memorandum between the two companies in 2010 to strengthen business ties.

In March 2010, Pioneer stopped producing televisions as announced on 12 February 2009.[3] On June 25, 2009, Sharp Corporation agreed to form a joint venture on their optical business to be called Pioneer Digital Design and Manufacturing Corporation.[4] In September 2014, Pioneer agreed to sell Pioneer Home Electronics (Home A/V) to Onkyo, and in March 2015, Pioneer sold its DJ equipment business division to KKR, which resulted in the establishment of Pioneer DJ as a separate entity, independent of Pioneer. 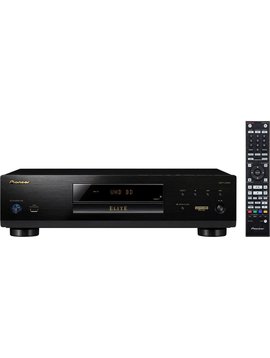