1932
Gilbert Briggs built his very first loudspeaker in the cellar of his home in Ilkley, Yorkshire. This sleepy little market town was located in the valley of the river “Wharfe” – an area known to this day as ‘Wharfedale’. This unlikely location would see the birth of a brand that was to become recognized all over the world, synonymous with quality in high-fidelity reproduction.

Gilbert Briggs is still much admired and respected throughout the world for his pioneering work in hi-fi reproduction and his endless pursuit of better sound quality – driven by his love of live music. 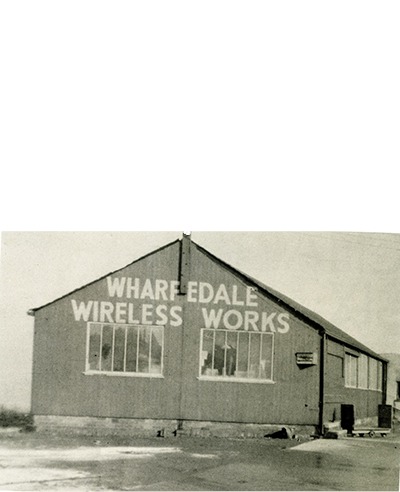 1933
Gilbert setup a small factory near Bradford to build his new loudspeaker drive units. Radio was an exciting technology and word of the new transducers had spread quickly around the area. Demand was growing quickly. Initially, the true spirit of the cottage industry, his wife, Doris Edna Briggs was the production department, spending many late nights soldering wires and winding coils. 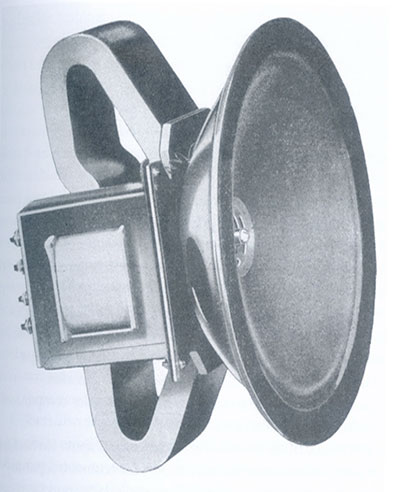 1933
In the same year, he entered the Bradford Radio Society’s annual competition and won first and second place, earning the company their first major order. From this point, the Wharfedale Wireless Works never looked back, going from strength to strength, producing up to 9000 units per year until the outbreak of World War II.
1936
Gilbert’s company had outgrown their small premises and moved to a larger factory, again in Bradford. When the war came, the factory continued. During the second half of the war, the Wharfedale Wireless Works were commissioned to make transformers for Marconi. Some 40,000 units were completed by an expert team of just 20 staff before the war finally came to an end. 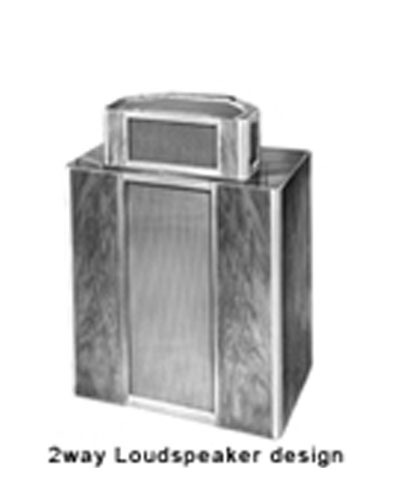 1945
In America, a trend developed for seeking better & better music reproduction. Wharfedale were well positioned to meet the growing demand for quality loudspeakers and has developed the first two-way loudspeaker – the prototype of the modern loudspeaker. The device would look strange by modern standards with a 10” tweeter and a crossover that took two grown men to lift, but it set the standard for the entire industry. 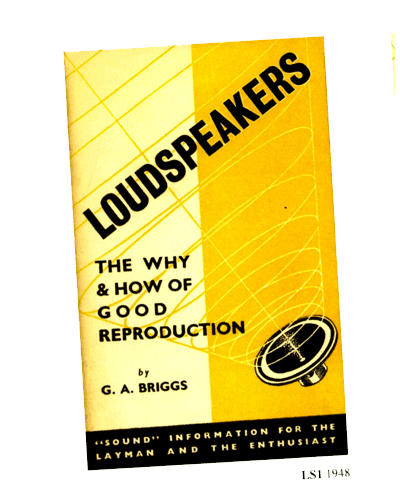 1948
Briggs embarked on a new venture with the publication of his first book carrying the title, ‘Loudspeakers: The Why and How of Good Reproduction’. It was little more than a pamphlet, but struck a chord on both sides of the Atlantic. The first edition was so well received; it sold out within 5 months and has subsequently been reprinted on numerous occasions. He went on to write many other books, including the follow-up to ‘Loudspeakers’, called ‘Sound Reproduction’. Mr. Briggs derived much pleasure from the correspondence his books generated. He himself estimated something like 10,000 letters resulted over the thirteen years he was writing.

1950s
Gilbert embarked on an ambitious collaboration with a close friend and colleague, Quad’s ‘Peter Walker’. With Quad supplying the amplification and Wharfedale building the loudspeaker systems, they embarked on what was to become an industry-defining series of concerts wherein audiences were invited to experience live versus recorded music first hand. Touring UK and the USA and playing at venues as auspicious as the Royal Festival Hall in London and Carnegie Hall in New York.
1958
Wharfedale Wireless Works was sold to the Rank Organisation, a controversial move at the time, but one which led to rapid development and expansion of the brand into areas such as electronics. Gilbert Briggs, then 68 years old, continued to manage the day-to-day running of the company until his well-earned retirement in 1965.
1962
The first four years of the Rank era saw two major breakthroughs. Wharfedale pioneered the use of the now famous ‘roll surround’ on cones and launched its first ever loudspeakers using ceramic magnets. During the 1960s, the company moved into electronics manufacturing with a number of tuners, amplifiers and even turntables being introduced to the market. Growth was rapid as the quality and styling of these units strongly appealed to the newly liberated youth market.
Late 1960s & 1970s
Throughout this era, fashion played an important part in hi fi design. Teak vinyl and ultra modern plastics were introduced to an eager and enthusiastic audience. Enthusiasts were beginning to flaunt their newly acquired systems. Design was playing an ever increasing role.

Demand for Wharfedale products continued to grow at an ever increasing speed and the existing factory in Bradford Road was limiting growth. In 1967, a decision was made to develop a new, more efficient factory on a green field site in Highfield Road, Bradford, just over a mile away. The factory took some seven year to complete. When finished, it comprised over 170,000 sq. ft. of production with additional office space and large scale research and development facilities.

Late 1970s
After the frivolity of the 1960s psychedelia, the 70s saw a return to the more sober, traditional crafted form of loudspeaker. The loudspeaker kits which were once best sellers for Wharfedale were re-introduced in the late 1970s under the ‘Speakercraft’ name. This opened the market once again to hobbyists with ranges like the Glendale proving highly popular amongst those for which hi fi was a deep and serious passion.
Production growth continued unabated throughout the 1970s with classic loudspeaker models such as the Lintons and the smaller Dentons. Such was the popularity of hi fi and the efficiency of the new factory, production reached 800,000 drive units.
Early 1980s
Investment in cutting-edge equipment led to the development of Laser Holography processes – Scanned Laser probe ( SCALP ) and Frequency Slice Plot ( FRESP ) techniques – which led to a better understanding of the physics of loudspeaker technology and its further advancement of the industry. These tools introduced hi fi to the study of materials science and has proven to be have defined loudspeakers in the 1980s. As the movement of diaphragms could be analysed more closely, we were able to develop materials that could meet the requirements of a loudspeaker more accurately.
1981
Work began on a product which was to change the face of the loudspeaker industry forever. Derived from research undertaken for the high end TSR102, the Wharfedale Diamond was born. The rather unassuming small box took the industry by storm. Small cabinets and the stiff, yet light polypropylene meant a very fast, tight sound and compact, accurate two-way drivers produced a fantastic stereo image. They quickly became best sellers and the Diamond range became a permanent fixture on our product list. Never a company to rest on its laurels, though work quickly began to develop successive models and within a year, the Diamond II was launched.
The development of the Diamond has continued unabated ever since. Each successive generation of Diamond speakers has introduced a new technology or material into this competitive sector. As an introduction to serious hi fi, the Diamond series has never been beaten.
Early 1990s
Wharfedale had become reunited with some of it’s hi fi brethren. After Rank decided to focus on the film and leisure activities, Wharfedale was sold to a large group of companies called ‘Verity Group PLC’.
The Verity Group also owned Quad and Leak. The famous three were back together again. Who would have thought that the relationship between the biggest hi fi companies of the day that began with the ‘live vs. recorded’ concerts in 1955 would end up under common ownership.
1994
A discovery that would change the hi fi industry forever, was made. A document from a UK government agency caught the eye of a couple of senior executives. It was regarding sound cancellation technology in UK military helicopters. It seems that quite by accident, somebody had tried using the equipment they were testing to see if they could play back music – in this case, a hit from the popular singer, Madonna, through the soundboard. The sound quality that emerged took everybody aback. It seems they had stumbled upon what was later to become NXT technology.
1996
Verity Group formed a new company – New Transducers Ltd. or NXT – followed when the discovery of the processes that led to superb sound production has been studied, reverse engineered and principles behind the prior discovery were beginning to be understood. NXT grew exponentially from the day it was formed. A huge opportunity loomed to develop this new technology, but investment was needed. A decision was made to divest the Verity group of some of its brands to help fund further research. A deal was struck and Wharfedale, Quad and Leak were the subject of a management buy-out. The deal was completed on September 19, 1997 – Wharfedale was independent again and at the same time was acquired by the International Audio Group.
1998
The momentum of development within the Professional industry prompted the decision to establish a separate division within Wharfedale to concentrate purely on the Professional market. Wharfedale Pro was born.
Today, Wharfedale Pro is a leading force in the highly competitive professional market. Amplifiers, mixing desks, effects modules, equalizers and lighting are all included within the portfolio as well as loudspeaker ranges to suit every application and installation, all with a common design philosophy – Value, Integrity and performance.
2001
Four years after its re-found independence, Wharfedale launched the Diamond 8 Series. The result of many years of research into materials science and enormous investment in new production facilities, this was the product that was to catapult Wharfedale, and the International Audio Group to the forefront of domestic hi fi once more. The Diamond marquee has always been immensely popular but this clearly announced the intentions and ambitions that IAG had for Wharfedale in the new millennium.
2003
The launch of the Diamond 9 series took Wharfedale’s performance in the hi fi industry to even greater heights. Three years after introduction, they are still winning awards and accolades. Quite simply the most important loudspeaker of their time, today they are a worthy product with which to celebrate more than 75 years of outstanding achievements in audio.
34 Products
Compare products (0)
Sort by:
Most viewed
Show:
24
Loading... 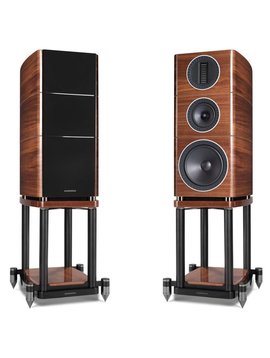 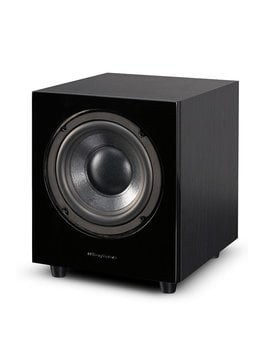 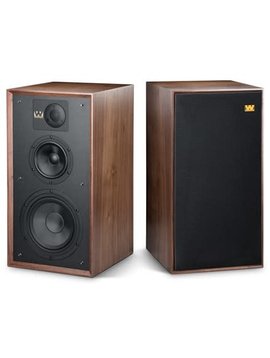 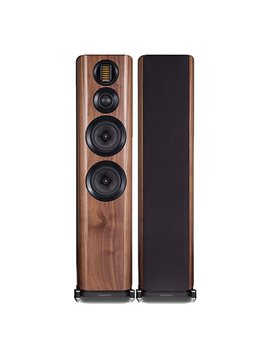 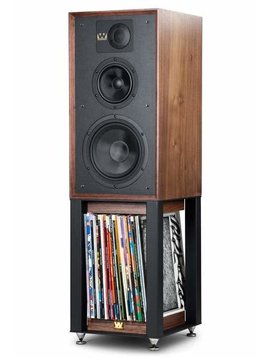 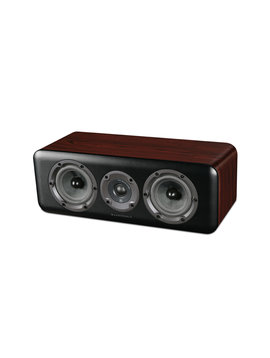 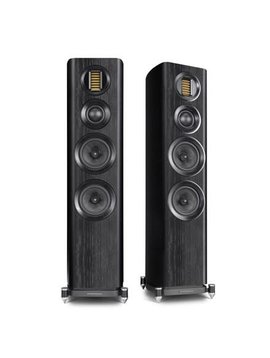 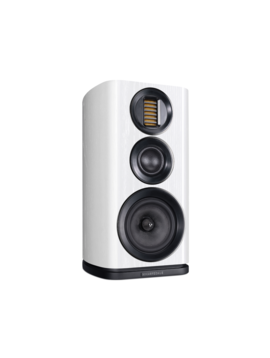 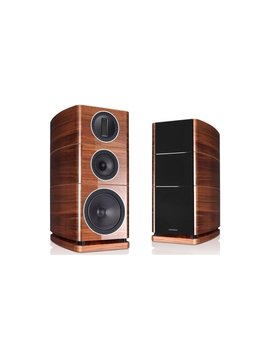 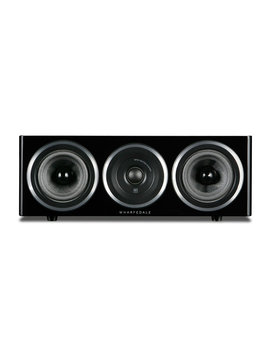 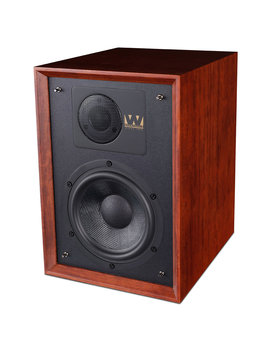 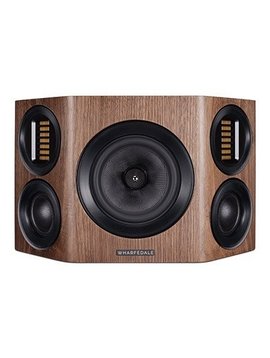 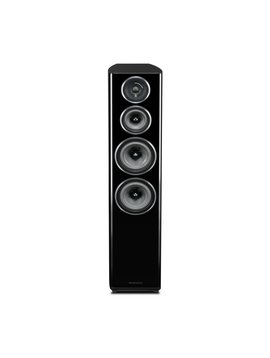 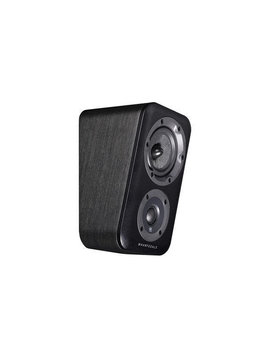 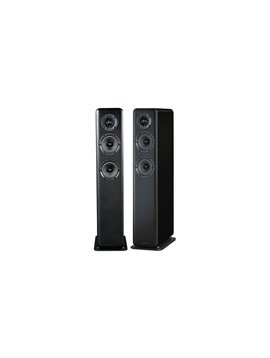 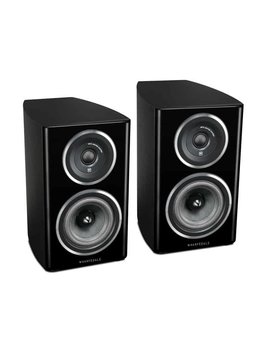 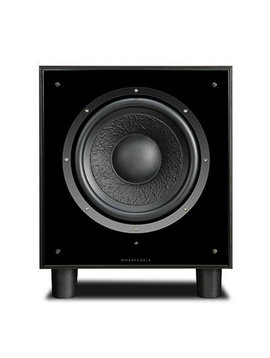 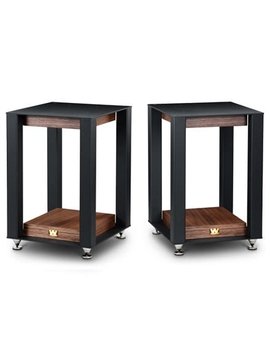 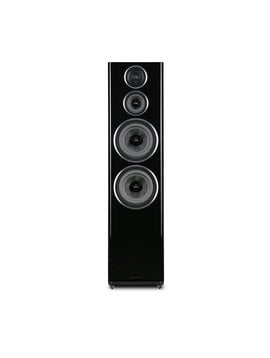