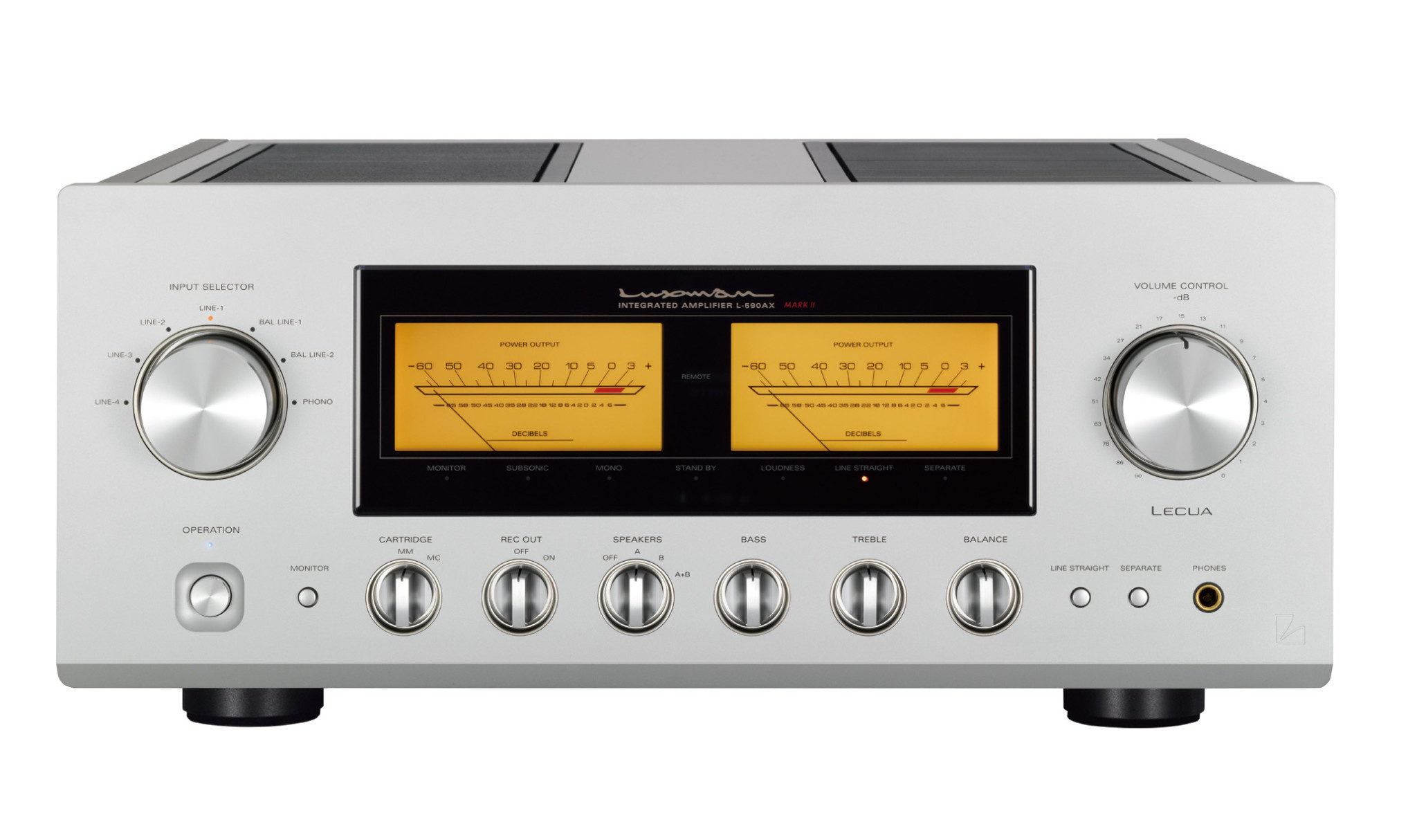 Pursuing a sound that appeals to the senses whilst creating a deep musical impression is the ultimate role of this amplifier. Free Shipping to the continental US only !

Pursuing a sound that appeals to the senses whilst creating a deep musical impression is the ultimate role of the audio amplifier. With pure class A design, the L-550 AXII integrated amplifier is a refined version of the L-550 AX which was itself fully restyled in 2011. The MK II model boasts improved functionality with the latest technologies equivalent to the higher grade L-590 AXII such as Version 4.0 of the original amplification feedback circuit ODNF, the new LECUA 1000, computerized attenuator, and a buffer circuit with discrete configuration as standard. Such features result in a model with capability of expression above its class, offering a mellow and dense sound that only pure class A amplification can create. The L-550 AXII is a mid-range integrated amplifier that increases its maturity in an attractive, functional design for music to be thoroughly enjoyed.

A pre-amplifier circuit-integrated computerized attenuator, new LECUA* 1000, equivalent to that used in the higher grade L-590 AXII model is mounted in the volume adjustment unit, playing a critical role in the pre amplifier section.The renovation was made to the buffer circuit input stage to allow smooth volume adjustment in 88 steps thereby minimizing the deterioration of sound quality. Additionally, a 3D layout has been introduced in the new LECUA 1000 allowing the substrates to be placed in three dimensions. The attenuator circuit is connected directly to the amplification circuit to make the shortest signal routes and improve efficiency. The LECUA 1000 has exceptional durability and is capable of controlling the changes in sound quality that may occur due to external vibrations or sound volume adjustment.  *LECUA is an abbreviation of Luxman Electric Controlled Ultimate Attenuator.

The ODNF* , LUXMAN original amplification feedback circuit, features a fast primary slew rate and an ultra-wide bandwidth achieved through the feedback of distortion components only from the output signals. The L-550 AXII is equipped with the latest version of ODNF - Version 4.0 - in which the distortion characteristics at high frequencies as well as the S / N performance have been significantly improved. Version 4.0 ODNF also features a large scale power amplifier with a parallel push pull structure where 3 stage Darlington is used. Both of these features are inherited from the M-700u power amplifier and the higher grade integrated L-590 AXII. A rated output of 20 watt + 20 watt ( 8 Ω ) of pure class A amplification achieves a mellow, expressive sound with a heightened sense of density with high drivability to speaker systems. * ODNF is an abbreviation for "Only Distortion Negative Feedback".

A discrete buffer circuit that is the equivalent to those used in the top end LUXMAN C-900u separate amplifier is mounted on the output stage of the pre-amplifier circuit. This protects the purity of the audio signals whilst simultaneously enhancing the drive force for the power amplifier.

The large capacity, low resistance speaker relays are connected in parallel in order to transmit the powerful drive force that is generated by the high inertia power supply circuit and the large scale output circuit without loss. Connecting directly to the speaker terminals in this way significantly improves the damping factor from 160 to 200.

The L-550 AXII is designed using proprietary technology and customized parts to optimize the sound quality of this integrated amplifier. For example, the round pattern board enabling smooth signal transmission, and a Beeline construction configuring the optimal parts locations and the shortest signal routes. In addition to this, the loop-less chassis structure minimizes the ground impedance increase.

Original LUXMAN OFC wires are used in the internal wiring of the L-550 AXII achieving a smooth signal transmission due to the spiral wrap shielding on each core and the non-plating process on the core wire. The L-550 AXII is designed introducing many custom-built parts and sophisticated technologies including newly developed high sound quality, low height block capacitors.

The L-550 AXII is equipped with a fully-fledged phono amplifier that is compatible with MM / MC cartridges. The front panel features multiple functions such as bass / treble tone control, L-R balance adjustment, a pre / power separation switch. A loudness function interlocking with the sound volume is operable by the remote control. 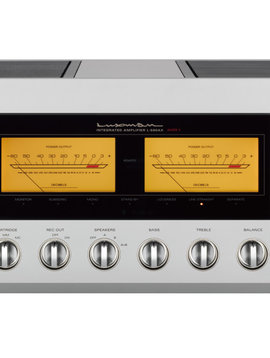 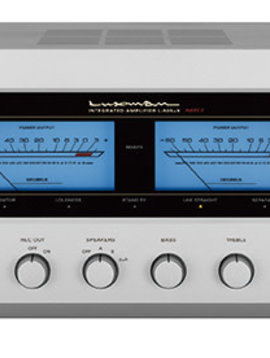 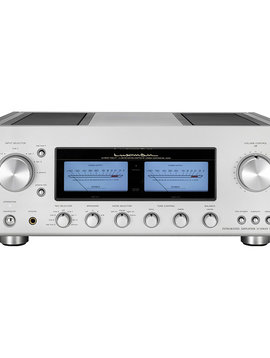 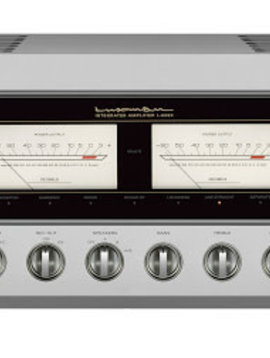 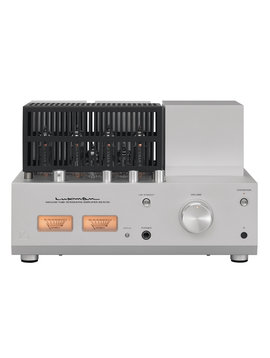 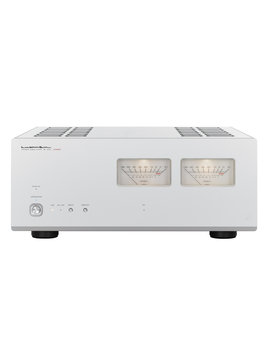 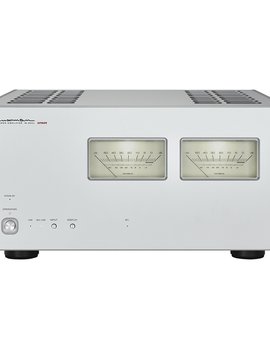 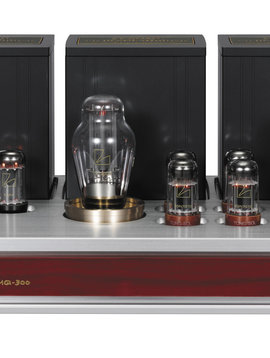 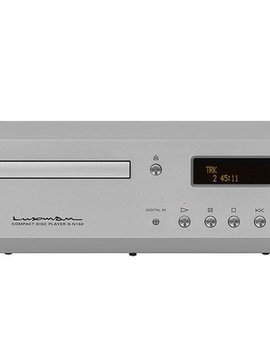 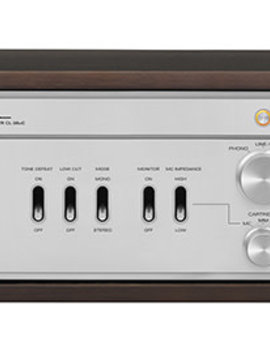 By using our website, you agree to the use of cookies. These cookies help us understand how customers arrive at and use our site and help us make improvements. Hide this message More on cookies »
← Return to the back office    For PayPal checkout, select an option under Pay Securely with PayPal. For Credit Card checkout, be sure to select the option under Pay Securely with Cayan. Hide