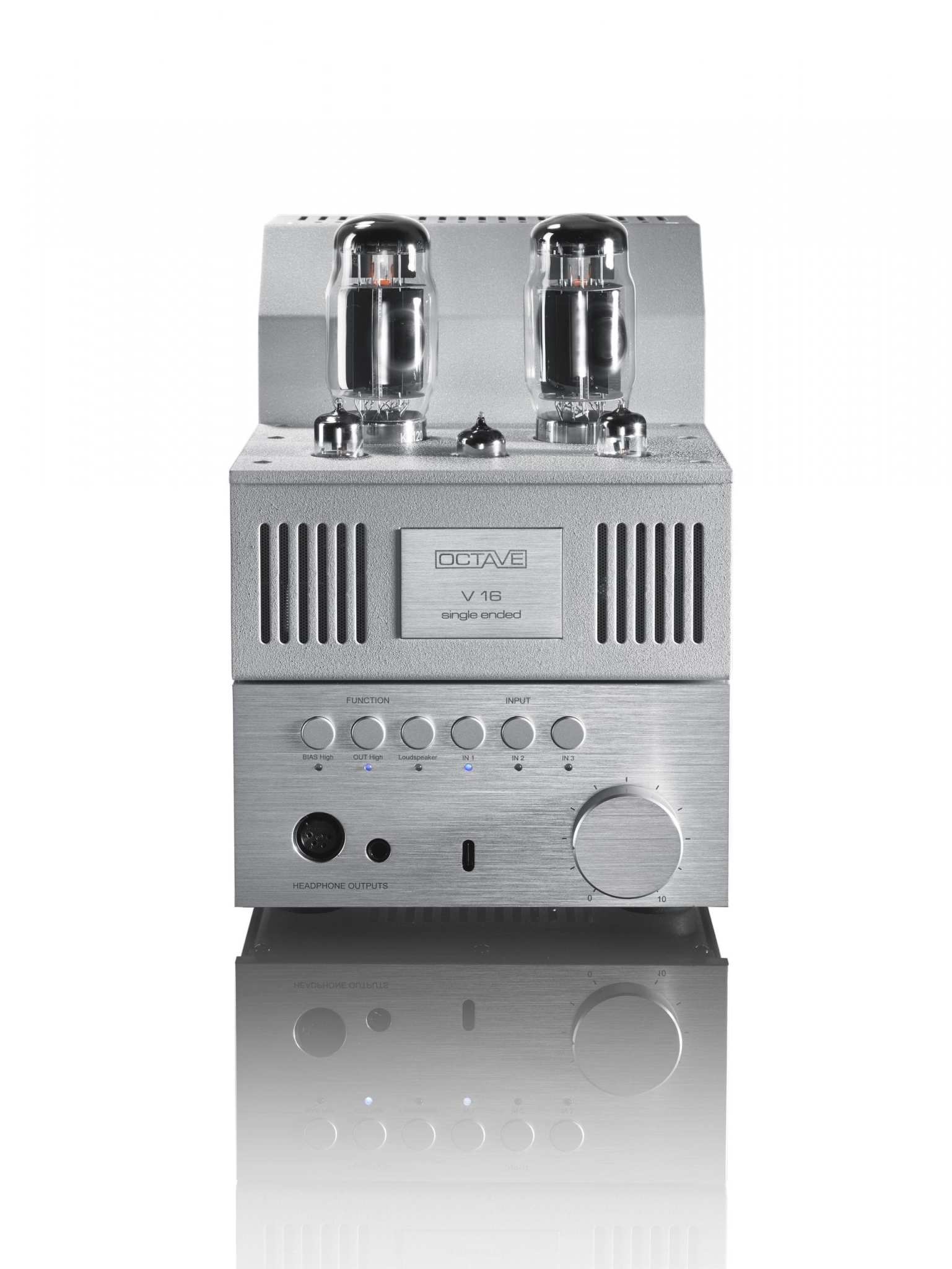 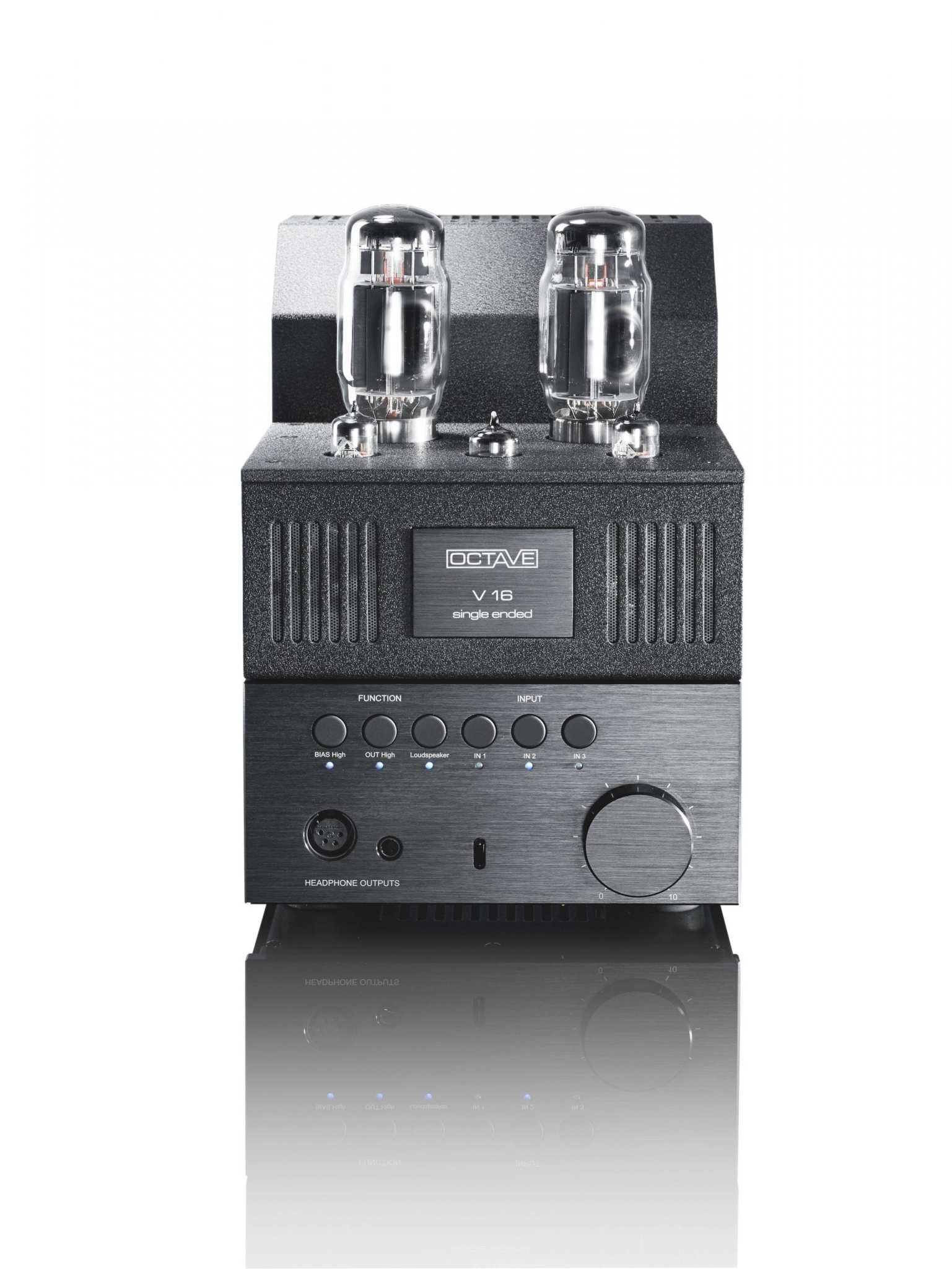 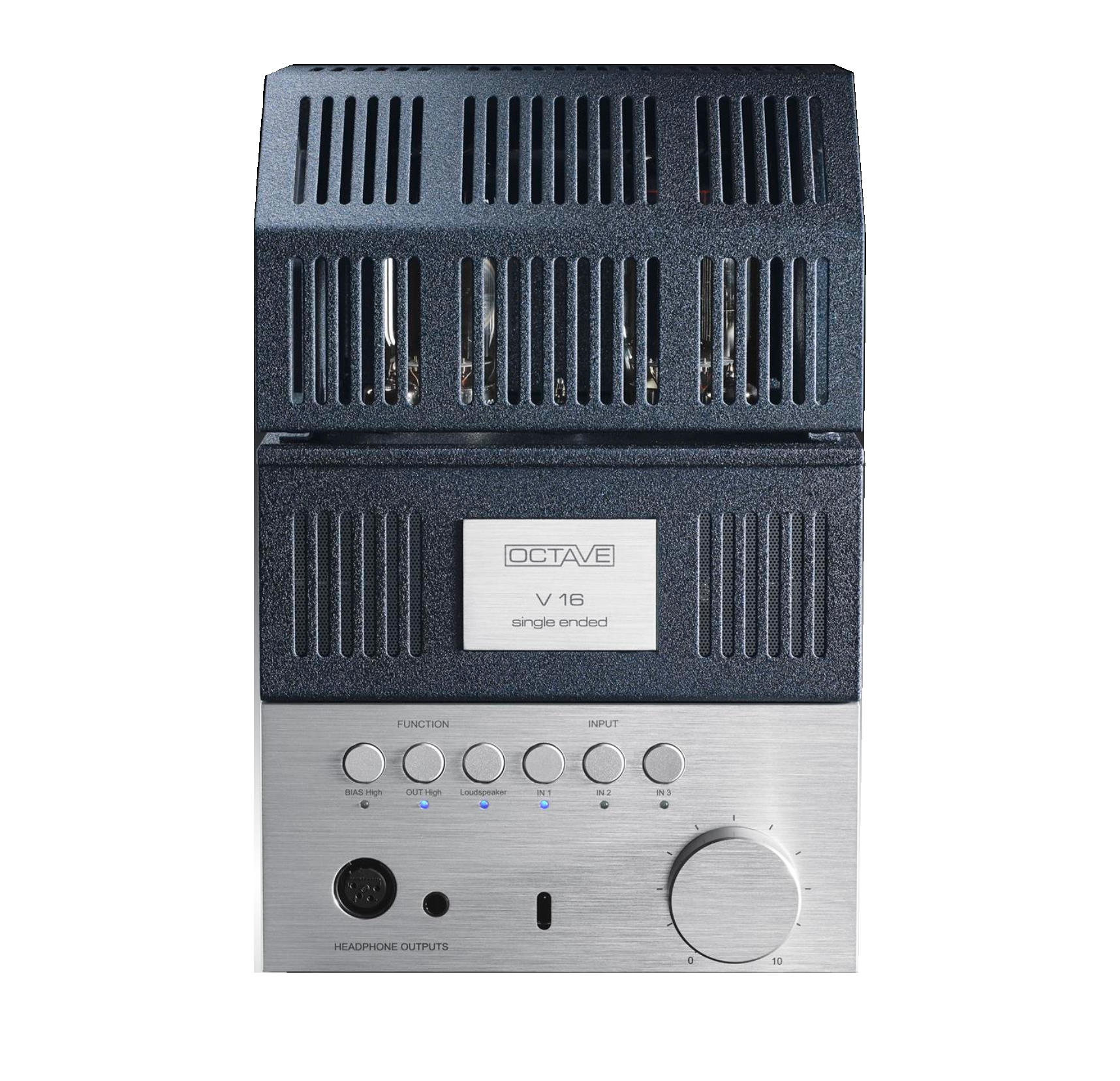 The founding principle at OCTAVE has always been to apply modern innovations to classic tube technology.

OCTAVE technology entails a further developed tube amplifier topology utilizing an innovative, independent approach until the traits that correspond to the company philosophy are achieved: powerful dynamics, low noise, wide bandwidth, incredible stability, extended lifetime, and comprehensive safety. For over 30 years now, OCTAVE has exclusively crafted high-end amplification products that have fully embodied these aforementioned characteristics. The OCTAVE approach has been market proven and validated, and no other audio company has achieved what OCTAVE has accomplished in this regard.

The time has now come for OCTAVE to apply the company's exclusive amplifier technologies to a single-ended design, as this circuitry is desirable for its natural audio reproduction and is capable of realizing clear sonic benefits that are particularly ideal for high-efficiency loudspeakers as well as for headphones. Single-ended amplifiers possess a naturally harmonic sonic signature and offer an extremely lucid midrange, as the music signal is not split and thus no crossover distortions of the positive and negative half-waves arise.

Developing a single-ended Class A circuitry presented a unique challenge for OCTAVE: how to fully overcome the disadvantages of this amplifier principle while bringing its sonic benefits to the forefront.

While the natural sonic character and midrange clarity of the single-ended circuit is uniquely desirable, there are also some known limitations to the single-ended amplifier topology that needed to be addressed:

1. Level reduction in the bass frequencies – OCTAVE has eliminated this problem inherent in single-ended amplifiers via a new, highly specialized magnetic-field compensated output transformer. OCTAVE is renowned for its proprietary transformer designs which are developed, wound and meticulously crafted in-house. The power bandwidth in the bass frequencies of the OCTAVE V 16 Single Ended remains linear up to 10 Hz as a result of this customized transformer design.

2. Level reduction in the high frequency range and limited bandwidth - By means of specific driver stages and an optimization of the feedback, OCTAVE has been able to extend the bandwidth of the OCTAVE V 16 Single Ended from 10 Hz to 100 kHz, a bandwidth spec that was previously considered impossible to achieve from a single-ended amplifier design.

3. Relatively high residual noise in the loudspeaker output - The level of hum in the OCTAVE V 16 Single Ended was rendered virtually immeasurable via OCTAVE's optimized positioning of the mains transformer in respect to the output transformer, which also negates the need for an outboard power supply. The company's sophisticated electronic stabilization circuits serve to further ensure that any sources of noise or hum is eliminated.

The low-frequency noise level achieved at the loudspeaker as well as the headphone outputs is in the range of – 110 dB / 1W at 8 ohms, which corresponds to approximately 15 – 20 μV at 50 Hz.

A. The OCTAVE V 16 Single Ended single-ended amplifier utilizes an adaptive three-step setting of the Class A mode. The Class A Level is automatically adjusted between 100% and 35% to the load profile of the loudspeaker ( 4/8 hms ) and headphones, which considerably reduces the amplifier's operating temperature, while significantly extending its lifespan as well.

B. In addition, the OCTAVE V 16 Single Ended features a unique version of OCTAVE's energy-saving "Ecomode" technology, which serves to reduce the Class-A level to 35% during pauses in the music signal, and inaudibly rises when a musical signal is once again present.

5. Disadvantages of expensive, directly heated triodes - OCTAVE has developed the OCTAVE V 16 Single Ended to operate a KT 120 pentode tube in a triode circuit. It is ideally suited for Single Ended Class A operation due to its particular characteristics: very high performance, excellent longevity, tight tolerances, and widespread availability – while avoiding the technical problems of a traditional triode tube such as the 300 B. The OCTAVE OCTAVE V 16 Single Ended architecture will thus also allow the use of KT 150, KT 88, or 6550 tubes, for example, making its design extremely universal.

OCTAVE has also equipped the V16 Single Ended with an optional Pre-Out feature. While adding complexity, this option affords great flexibility. Thus the V 16 Single Ended is a perfect companion to myriad system setups, and can be used to drive headphones, high efficiency loudspeakers, hybrid systems ( with active bass ), or in conventional bi-amp setups. An equalizer is used to cut the deep bass frequencies (below 80 Hz), so the V 16 Single Ended is only responsible for the midrange and treble. The frequency range is optimized by Octave and thus not adjustable. One primary benefit in the case of bi-amping is to take advantage of the breathtakingly beautiful single ended performance in the sensitive mid and high frequency range while employing a separate power amp ( or internal amp in the speaker ) to handle the bass region.

The long development time of the OCTAVE OCTAVE V 16 Single Ended has surely paid off: an uncompromising single-ended Class A integrated amplifier that delivers ultra-quiet operation highlighted by deep bass, a natural midrange and silky-smooth highs combined with an unsurpassed degree of reliability and longevity.

A pure, modern classic amplifier in every regard.