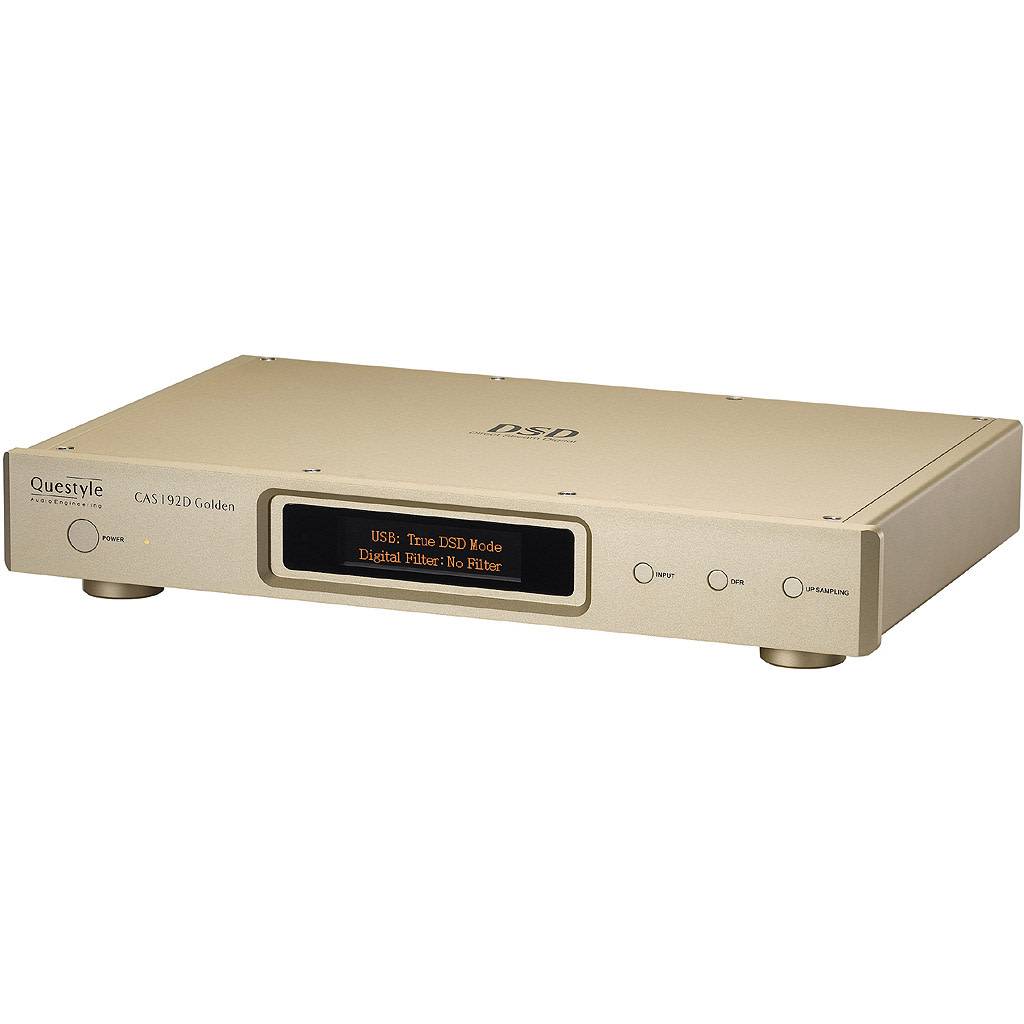 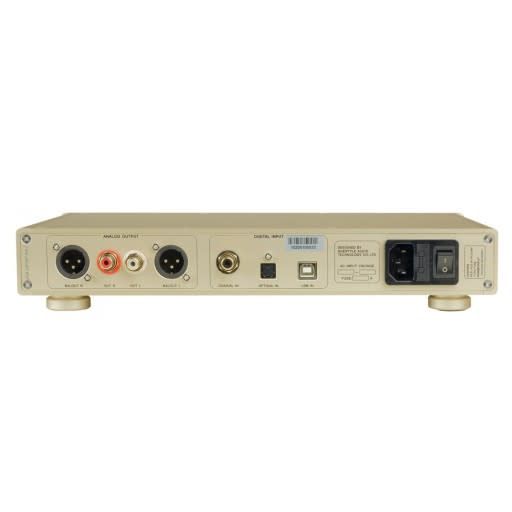 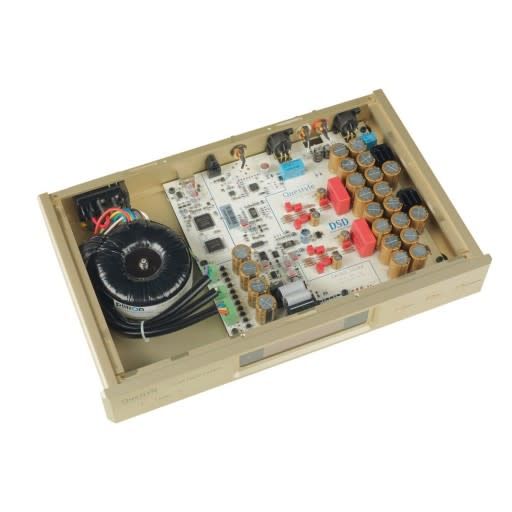 The Questyle Reference System highlights complete separation of audio source, control, left and right channel amplification, even power supply, and each section has pushed the limits of their capabilities, which ensures enough details, dynamic range, clarity and power in any circumstance.

The beautiful music and the dark background are so captivating that once you try it, you will not want to stop.

Questyle Reference System adopts selected aluminum imported from US, the upper and bottom panels are 5 series aluminum, while the front and rear panels are 6 series.

Carefully selected components make the Questyle Reference System reveal a feeling of luxury and graceful both inner and outer.

Each piece of Questyle equipment, before being shipped out, is continuously burned for over 72 hours at a high temperature and high voltage and then measured by an Audio Precision AP2722 device, twice, to prepare a test report. Every report is unique. Each report has two copies, one is kept at Questyle for reference, while the other goes to the user with the product. Questyle uses the test report to track the product and provide service.

Direct Stream Digital (DSD) is a different form of digital recording from conventional PCM (Pulse Code Modulation). PCM like most digital data is composed of a series of data packages called “words”. The size of these words (Bit Depth) determines the dynamic range (96db for 16bit, 144db for 24bit), and the frequency response is determined by the sample rate. The typical bit depth/sample rates of PCM are 16/44.1 KHz, 18/48 KHz, 24/96 KHz, 24/192 KHz, 24/352.8 KHz (DXD) and 24/384 KHz. Using PCM nomenclature DSD is 1/2.8224 MHz as sampling rate 64 times that of a standard CD (16/44.1 KHz). Until recently, DSD was confined to SACD which is heavily copy protected. DSD is now available for download (though it is still not possible to “rip” an SACD directly to your computer) for playback on a computer or DSD music server

Unlike other DACs that claim DSD support, yet in actuality provide DoP (DSD over PCM), the Questyle Audio CAS192D accepts the DSD bit-stream directly from your computer, bypassing your computer's audio processing and digital volume control as well as the Questyle Audio CAS192D's digital filters, to provide True DSD, the way it was meant to be heard, without requiring expensive difficult to install proprietary connectors, or as is the case with DoP breaking up the bit-stream into 16bit packets and compressing them into a PCM data-stream and then uncompressing them at the other end, buffering them, then reassembling the bit-stream so that it may be sent to the DAC as DSD, all of which requires an extreme amount of processing at both the computer end and the DAC end to perform in real time (which invariably leads to latency, data loss, etc), not to mention a 33% increase in bandwidth requirements for the USB ports and cabling.

There are 2 ways in which DSD (Direct Stream Digital-SACD) files are played over USB (SPDIF) by the majority of USB DACs (Digital to Analog Converter), Conversion and DoP (DSD over PCM).

In the Conversion method, the player software (the program that converts the static DSD file to a bitstream sent over your USB output) converts the DSD file to a PCM file which it puts out as a PCM data stream over USB, and it tries with varying success to do this in real-time. The problem with doing this real time is that DSD operates at a frequency of 2.8224 MHz (for standard DSD, 5.6448 MHz for double DSD) and software-based digital conversion is much less efficient thus requiring a very “state of the art” computer to perform. The other problem with Conversion is you are simply adding the negative properties of PCM to the negative properties of DSD producing a sound that is less than either format.With DoP on the other hand, what is happening is that the player software, breaks up the DSD file into 16 bit words, which are encoded into 24 bit PCM files, which can then be output over standard USB as a PCM file, the DAC then decodes the PCM files, tries to reassemble the DSD bitstream which is then sent to a DSD DAC for final decoding, then to a series of analog filters. This is essentially the same process as compression (such as converting the file to an MP3), and therefore, in the end, you are adding the drawbacks of compression to the drawbacks of PCM to the drawbacks of DSD. To muddy things further, many DACs are actually converting their PCM data streams to DSD, one presumes to make sure everything sounds equally bad.

A second option is to install special USB drivers that allow the player software to output music files as raw data (PCM as PCM, DSD as DSD). This is what is called “True DSD”, as it allows DSD to be processed in the manner in which it was intended, giving the purest sound possible. It also has the added advantage of bypassing all the processing which your computer's OS (Operating System) performs by default on all audio files (volume, equalization, sound field shaping), producing a much purer sound and greatly reducing the resource draw (Processing time, Memory) further adding to playback stability and purity of sound. The Questyle CAS192D is actually able to automatically determine whether the data stream is PCM or DSD and route the signal to the proper DAC for processing in PCM or True DSD.

Currently, the majority of DACs use FIR (finite impulse response) digital filters, but research and testing have shown that our ears are very sensitive to the pre-ring that FIR digital filters add to the impulse wave, making the music sound incoherent and unnatural.

When upsampling, 44.1kHz does not divide evenly into 192kHz, causing timing errors. To avoid this, CAS192D uses two clocks, with extremely low phase noise, thus the processor automatically identifies the sample rate and upsamples integrally. If the input data is 44.1kHz, it will be multiplied by 4 to 176.4kHz; if the input data is 48k, it will be multiplied by 4 to 192k, which avoids those negative effects. The upsampling is ASRC to avoid Jitter. On the front panel of the Questyle Audio CAS192D, there is an UPSAMPLING button to allow the user to choose whether to upsample or decode at the original sample rate (the current state of operation is displayed on the screen).

The sound of WM8741 can be described as classic "English"-style, delivering a soft and exquisite sound. Due to Questyle's high requirements for D/A design, LPF is discarded (per Wolfson’s suggestion) in the Questyle developed analog output circuit for the WM8741, receiving official praise from Wolfson. 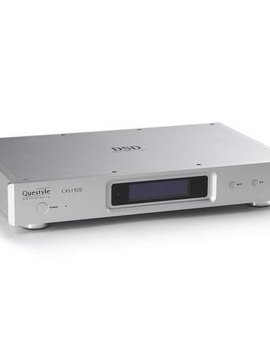 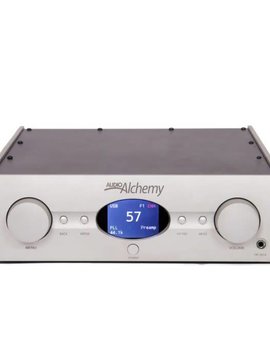 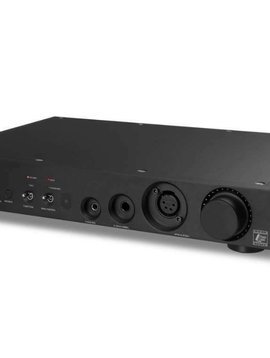 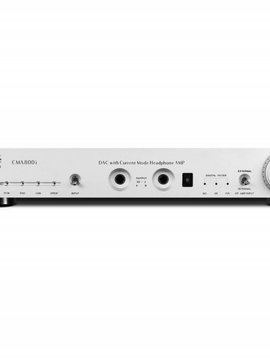