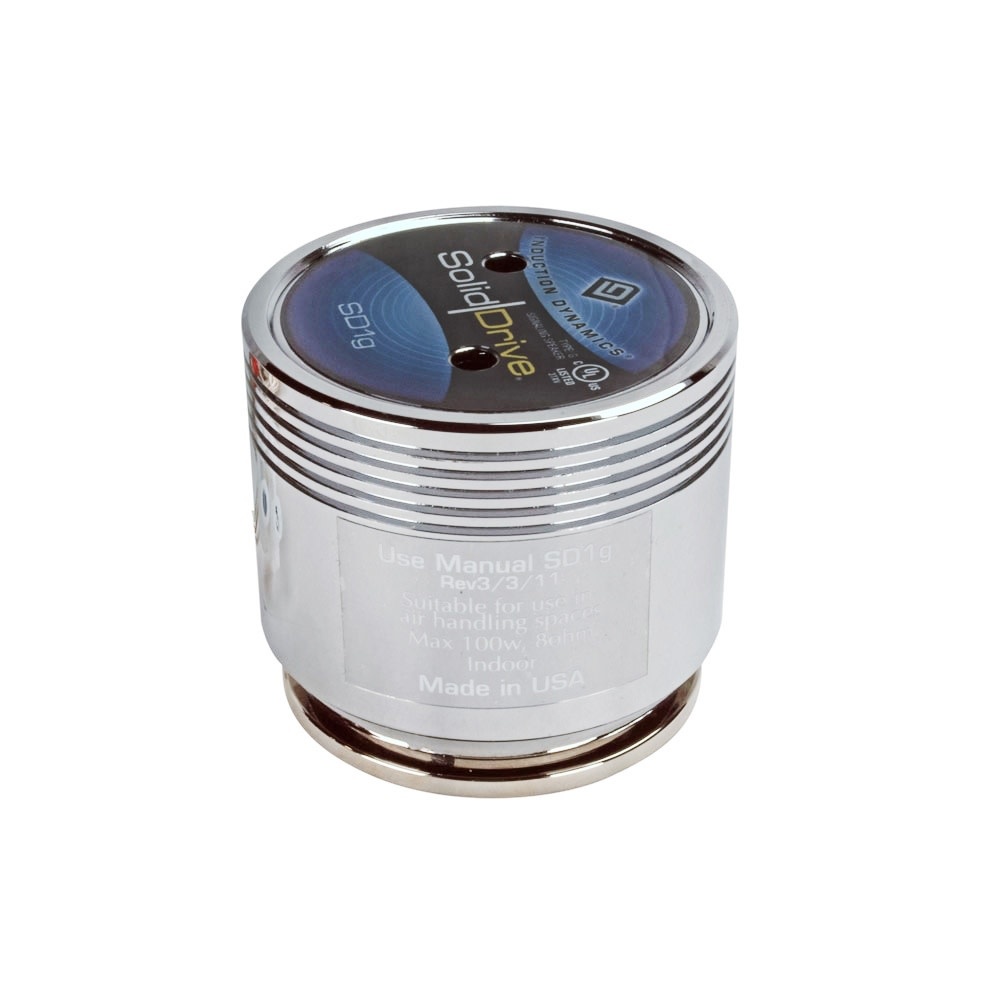 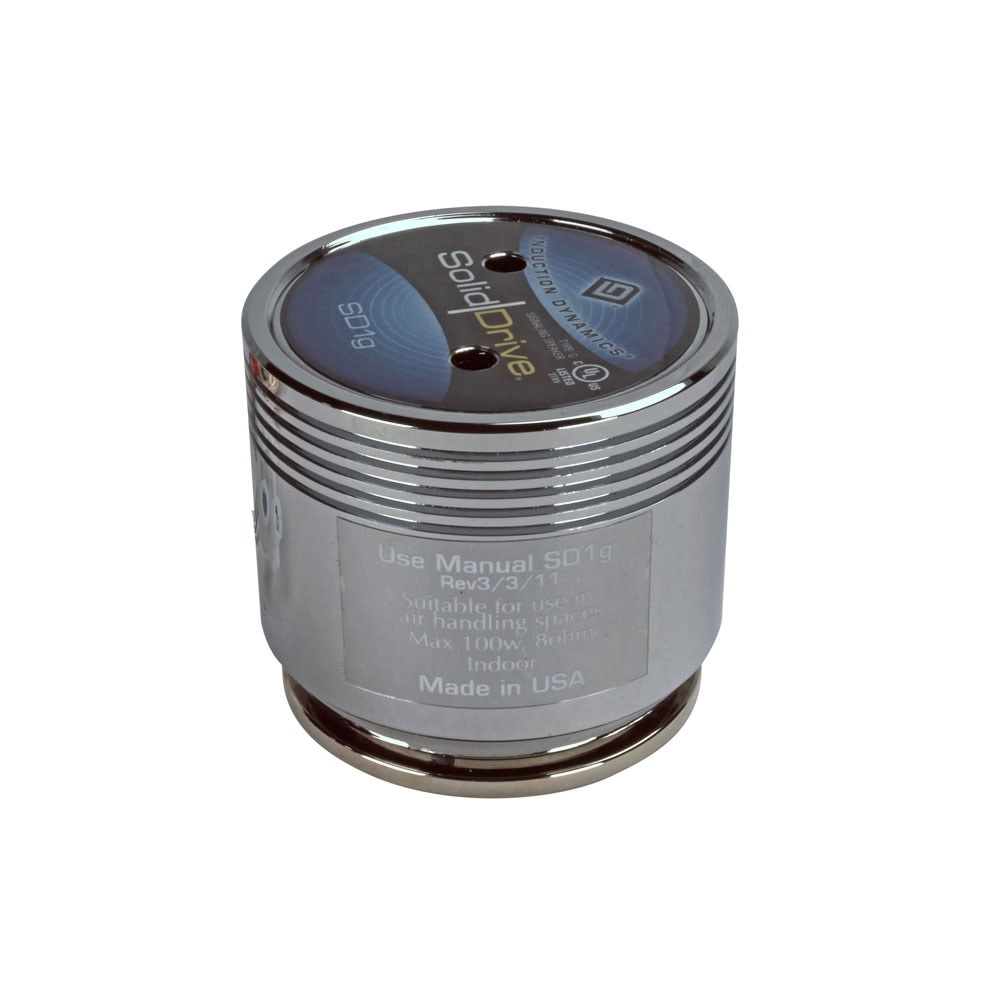 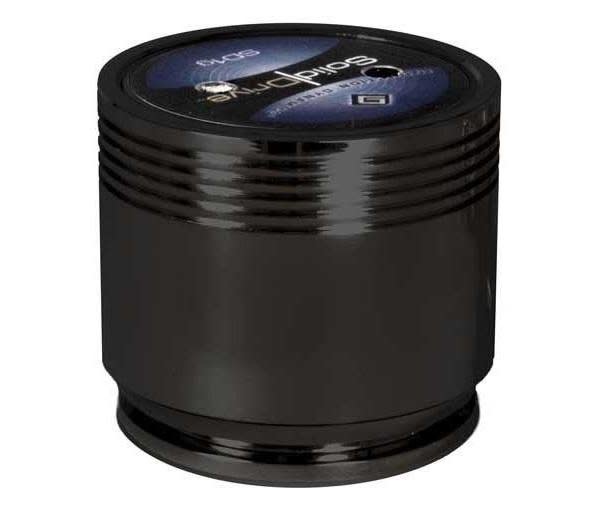 The patented technology of SolidDrive ® transforms any solid surface ( such as drywall, glass or wood ) into a sound source. The powerful SolidDrive directly transfers acoustic energy to the surface it’s mounted to, creating a large & dynamic sound field.

The patented technology at the heart of SolidDrive ® transforms any solid surface (such as drywall, glass, wood, or fiberglass) into a sound source. The powerful SolidDrive directly transfers acoustic energy to the surface it’s mounted to, creating a large and dynamic sound field. With no visible wires or grilles, SolidDrive gives you the freedom to have Sound without Speakers. Since SolidDrive resonates over a large surface area, the sound it produces travels further. In fact, loss of volume over distance is roughly 35% less than with conventional speakers. This low distance factor, combined with SolidDrive’s 120˚ ultra-wide coverage angle, means you’ll experience remarkably even sound coverage throughout the entire room.

SolidDrive requires no special equipment to function – It connects to any conventional amplifier or receiver using standard speaker wire. This means that not only can SolidDrive use pre-existing wiring, but it can be powered and equalized using the equipment you already own.

SolidDrive is powerful and produces high-fidelity sound. A patented axial shaft suspension with dual bearings keeps the drive stable and distortion-free in any mounting configuration, with smooth frequency response from 60hz to 15khz. Patented, dual opposing motors in a single drive enable efficiency and high power handling. Even though SolidDrive can generate ample sound from a flat surface using as little as 5 to 15 watts, it can also be used in high-output applications with power levels up to 100 watts.

SolidDrive’s Patent #7,386,137: Although sound transducers which transfer energy to solid surfaces have been around for a while, units prior to SolidDrive were not powerful enough to move a rigid wall or other solid surface well enough to produce quality sound at decent levels. The prior units also had problems with non-uniform frequency response. SolidDrive addressed these problems through the use of very powerful symmetrical magnets, symmetrical voice coils and an actuator. The product was designed to transfer maximum energy to the solid surface without damaging the surface. In addition to having a patented design, SolidDrive is highly reliable. Tens of thousands of SolidDrive units have been placed into use since 2006; reported failures are a fraction of 1 percent of the delivered units.

Safe, strong, and designed to last

SolidDrive meets strict UL 1480 and UL2043 safety requirements and is safe for use in any home or business. SolidDrive won’t damage walls, windows, or furniture. At maximum output, SolidDrive only vibrates the surface it’s attached to roughly 0.006 of an inch. SolidDrive doesn’t wear out or require lubrication – all parts are fabricated from heavy-duty industrial materials designed to withstand long-term vibrations. That’s why all SolidDrive units are covered by a seven-year manufacturer’s warranty.